In communities around the world, parent leaders fight the injustices of child welfare systems and the disproportionate impact that these systems have on families from racial and ethnic groups with long histories of oppression and low-income families of all backgrounds. As child welfare is increasingly understood as a justice issue on par with mass incarceration, parents, families and allies are mobilizing communities to demand justice and change.

In this section, you’ll find material about organizers and activists working to bring parents together to build a movement, connect their experiences to intersecting social justice issues, and pressure governments to create new ways of supporting families and communities that aren’t based on a crime and punishment model.

Through public protests and the press, these community organizers raise awareness of aspects of the system that are often kept hidden, working to change the public’s understanding of the child welfare system and of child welfare-affected parents.

In 2014, Aboriginal grandmothers in New South Wales, Australia, who were determined not to let their grandchildren become the next “Stolen Generation,” began to organize.

Aboriginal grandmothers Deb Swan, Suellyn Tighe and Jenny Swan connected with other grandmothers who’d seen their grandchildren placed in care despite a lack of specific evidence that they were in imminent danger. They’d been turned down as resource parents for their grandchildren, sometimes with no more concrete reason than that they were deemed “unsuitable.” Together they formed an organization called Grandmothers Against Removal NSW.

They took to the streets in protest, even when parents with children in care feared that joining them might lead to repercussions from local child welfare authorities. They held meetings and rallies to educate Indigenous families about their rights and about the increasing numbers of Aboriginal children being placed. They pushed the New South Wales Department of Communities and Justice for greater community involvement to reduce the number of Aboriginal children removed from their families. As a result, its minister made a commitment to GMAR NSW to reduce the number of children in care.

You can read more about their organizing in this article from National Indigenous Television (NITV), watch them head to national parliament on NITV and hear an interview by one of GMAR NSW’s founders on ABC New Australia. Learn more about the documentary made about their work.

Click to watch the video of Minnesota parents and allies advocating for change.

The racial disproportionality of Minnesota’s child welfare system has led to sustained efforts from parent organizers and their allies to raise public awareness, to pressure child welfare officials to implement changes on the frontline, and to work with legislators to pass the African American Family Preservation Act.

Read Rolbiecke’s story in a series in the Chronicle for Social Change. 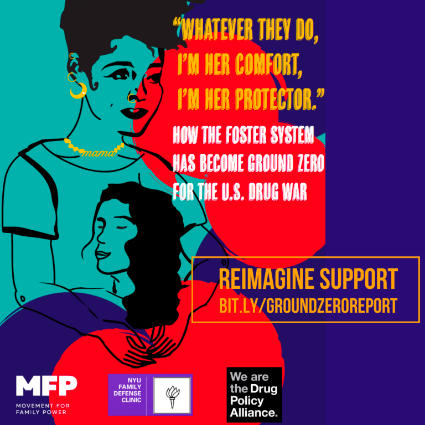 “Whatever they do, I’m her comfort, I’m her protector: How the foster system has become ground zero for the US drug war”

Movement for Family Power is working to connect activist efforts in child welfare to the movement to end mass incarceration in The United States and The Black Lives Matter movement.

Learn more about their work and strategies:

Movement for Family Power believes that communities are best positioned to attack massive injustices, and that supporting the leadership of those most impacted will help usher us into ethical and sustainable policy shifts and radical transformation. MFP works to build loving and trusting community with partners and communities who want to reduce the reach of the foster system. This work currently includes:

Read more about their strategies.

Every Mother is a Working Mother Network:

“We are self-help multi-racial support & action groups of mothers, grandmothers, other family members, former social workers, foster parents & supporters working together against the unjust removal of children from their families by the Philadelphia Department of Human Services and the Los Angeles Department of Children and Family Services, two cities which remove children among the highest rate in the country for large cities. Children are often snatched not because of abuse or neglect but because of poverty, sexism and racism. We fight individual cases, build public awareness, educate the media, work to change unjust policies and practices, pack the court, get legal help and hold lawyers to account, press for welfare, housing and other resources for women and families based on the caregiving work that mothers and other primary caregivers do, call out corruption, and challenge sexism, racism and prejudices against mothers at every branch of the system. We are part of a national movement.”

The Support Not Separation Coalition (SNS) brings together organisations and individuals who have experienced or witnessed the damage caused by the unwarranted separation of children from their mother, usually their first protector, or other primary carer, and are determined to end this injustice. It is co-ordinated by Legal Action for Women (LAW), which is based at the Crossroads Women’s Centre in London, and works with mothers across the UK who are fighting in the family courts to stop their children being taken into “care” and forcibly adopted, and to stop violent fathers having contact with or residence of their children. It holds monthly pickets outside the central family court in London and monthly self-help meetings with mothers and other carers. (During Covid-19 both the picket and self-help meetings are being held online.)

In 2017 LAW published Suffer the Little Children & their Mothers, highlighting that women going through the family court are overwhelmingly single mothers, low income, domestic violence victims, and disproportionately women of colour/immigrant and/or disabled. SNS welcomes all who want to campaign for an overhaul of the family courts, beginning with opening them to public scrutiny; for recognition of the trauma inflicted on children by taking them from their mother and siblings; and for money and other resources for mothers. Resources include a Self-Help Guide, blog, Facebook and Twitter.

Parents, allies and organizations are working together to rally, pass legislation, and build parent leadership.

Organizing for Social Change. Midwest Academy Manual for Activists — 4th Edition.
Now in its fourth edition, this is a comprehensive manual for grassroots organizers working for social, racial, environmental and economic justice at the local, state and national levels. Since 1973 the Midwest Academy has trained more than 30,000 activists in progressive organizations, unions, and faith-based groups. This Midwest Academy Manual for Activists is central to its training programs and seminars, and it provides an invaluable reference source for organizers throughout their careers. 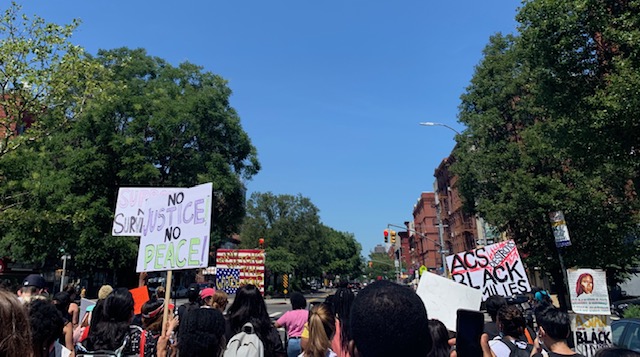